A pilgrimage to the home of St. Joseph of Cupertino

The saint, who was known for levitating, is the patron of those with mental illnesses and limitations.

“Amen, I say to you, unless you turn and become like children, you will not enter the Kingdom of heaven.”

In his lifetime, St. Joseph of Cupertino (1603-1663) was much sought after by those who had heard tales of his supernatural experiences. His reputation for spiritual ecstasies, levitations and miracles brought a steady stream of faithful to church where he lived out his last days in Osimo, Italy.

A pilgrimage to that church is an opportunity to draw closer to the saint, whom so many rely on when facing great challenges.

St. Joseph was born on June 17, 1603. As a child, he was known for being a simpleton and often distracted. He also experienced intense spiritual ecstasies during which he would stare off in the distance.

As a boy, he developed a tumor on his leg. After his mother took him to a Franciscan sanctuary, he was healed. He then desired to become a Franciscan friar.

He applied to the Observant Franciscans, but was denied due to his lack of education. He was subsequently accepted by the Capuchins, but was sent away during the novitiate. They judged him “inept for any job,” and his spiritual raptures created difficulties in the community.

Finally, an uncle who was a Conventual Franciscan took him in. After he was convinced of his humility and gentleness, he recommended that Joseph be admitted to the order.

Overcoming many obstacles, perhaps learning disabilities and other difficulties, Joseph learned Latin and the Rule of St. Francis by heart. Often he was discovered late at night reading in secret or practicing his Latin.

For his ordination, he committed to memory just one verse from Scripture. Providence would have it that the bishop who interrogated him asked about precisely that one verse.

A reputation for spiritual “flying”

After ordination, Joseph’s proclivity for levitation began. While in prayer, he would be lifted from the ground several yards into the air. Witnesses testified to his spiritual “flying,” and word of his saintliness began to spread.

This caused more problems within the community, and he was moved from friary to friary, including a stint in the Sacro Convento in Assisi. Finally, he was stationed in Osimo, where he died on August 18, 1663. 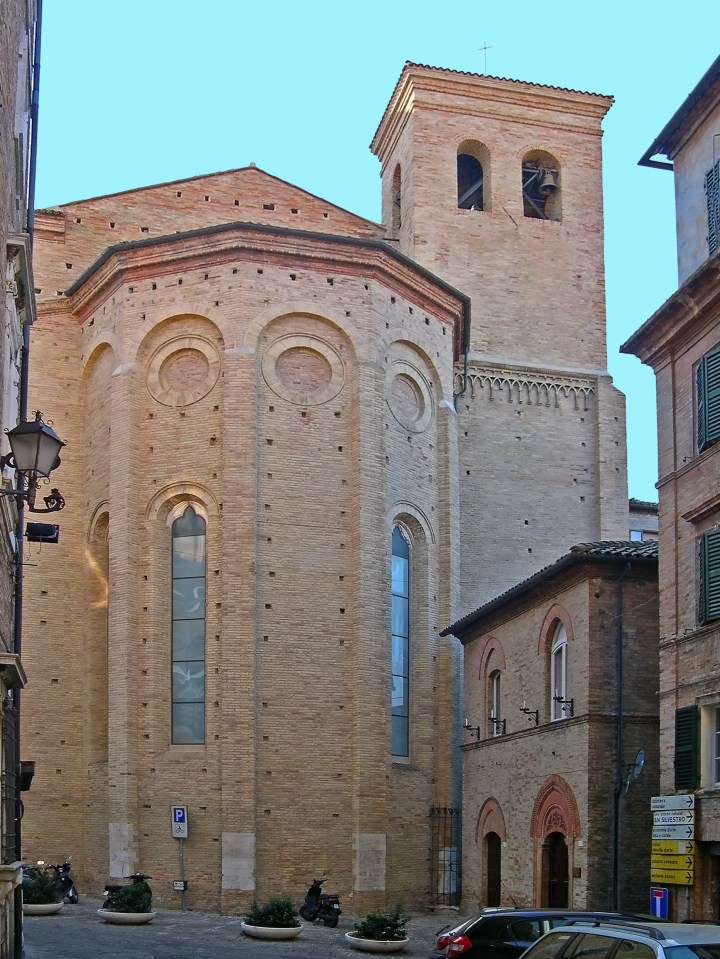 A visit to the church were he lived and was buried

Today in the center of Osimo is a large Franciscan church, administered by the Conventual Franciscan friars. St. Francis of Assisi came to Osimo twice, in 1215 and 1220. The church was built after men joined the order, and was consecrated in 1234.

With the beatification of Joseph of Cupertino (1753) and his canonization imminent, the friars decided to significantly transform the 13th-century church according to the style of the 18th century.

The body of St. Joseph was placed under the altar in 1771 and the new church was consecrated 10 years later. The name was changed from the Church of San Francesco to that of San Giuseppe da Copertino. In 1796, Pius VI elevated the church’s title to the dignity of basilica.

Today the church houses numerous 18th- and 19th-century works of art. Perhaps the most famous work is in the Sacristy. It is a large painting by Mazzanti (1781) depicting St. Joseph in ecstasy at the sight of the Holy House of Loreto.

The remains of St. Joseph are conserved in the crypt, built in 1963, the third centenary of the saint’s death.

Above the sacristy are the rooms of the saint, preserved in their original state. Visitors can see the three bedrooms where he slept from 1657 to 1663 and the oratory where he celebrated Mass daily.

St. Joseph of Cupertino is the patron saint of aviators, pilots, students, and those suffering from mental illnesses and limitations. Many Italian students ask for his intercession before being interrogated for their exams.