How Italians celebrate All Saints and All Souls Day

All Souls – known in Italian as La Festa di Ognissanti – is not only a Catholic solemnity (a feast day of the highest rank) it is also a public holiday for which schools, government offices, and businesses close.

Today on November 2 the Church celebrates All Souls Day, coming a day after the celebration of its twin feast, All Saints Day.

The origin of All Saints dates back to the seventh and eighth centuries AD as a way of honoring all the saints, known and unknown, who are in heaven. The Feast of All Souls, celebrated on the following day, is also an ancient feast. It was established to encourage the offering of prayers and Masses for the souls of the faithful departed in Purgatory.

Having lived in Italy for about eight years, I find it interesting how the feast of All Souls – known in Italian as La Festa di Ognissanti – is not only a Catholic solemnity (a feast day of the highest rank) it is also a public holiday for which schools, government offices, and businesses close.

As tends to happen in Catholic countries, secular festivals and customs tend to accompany, and in some cases supersede, the religious feast. While faithful Catholics attend Mass on the holy day of obligation, others use the time for more secular diversions.

Mirroring the cultural diversity of a country that united as recently as the latter part of the nineteenth century, different regions of Italy celebrate All Saints differently. Like so many other events in Italy, festivities invariably involve food.

When we lived in Assisi, we went to the nearby city of Perugia for the Fiera dei Morti (the Fair of the Dead). Dating back 750 years, the Perugia fair was once one of the most important fairs in Europe. In the High Middle Ages, it lasted up to a month and offered people from different backgrounds the opportunity to come together for commerce in addition to mix culturally and socially. These days it takes place over the All Saints holiday and is an occasion to sample dishes made from recently harvested foods or gathered foods like chestnuts, white truffles, olives and olive oil, mushrooms, and grapes.

In Puglia, my wife recalls a local tradition from her childhood in which neighbors would leave food on the kitchen table overnight between November 1 and 2 for the souls of their loved ones. Known as the Tavola dei Morti (Table of the Dead), at each place setting they would set a small card with a picture of the deceased and a prayer on the back. 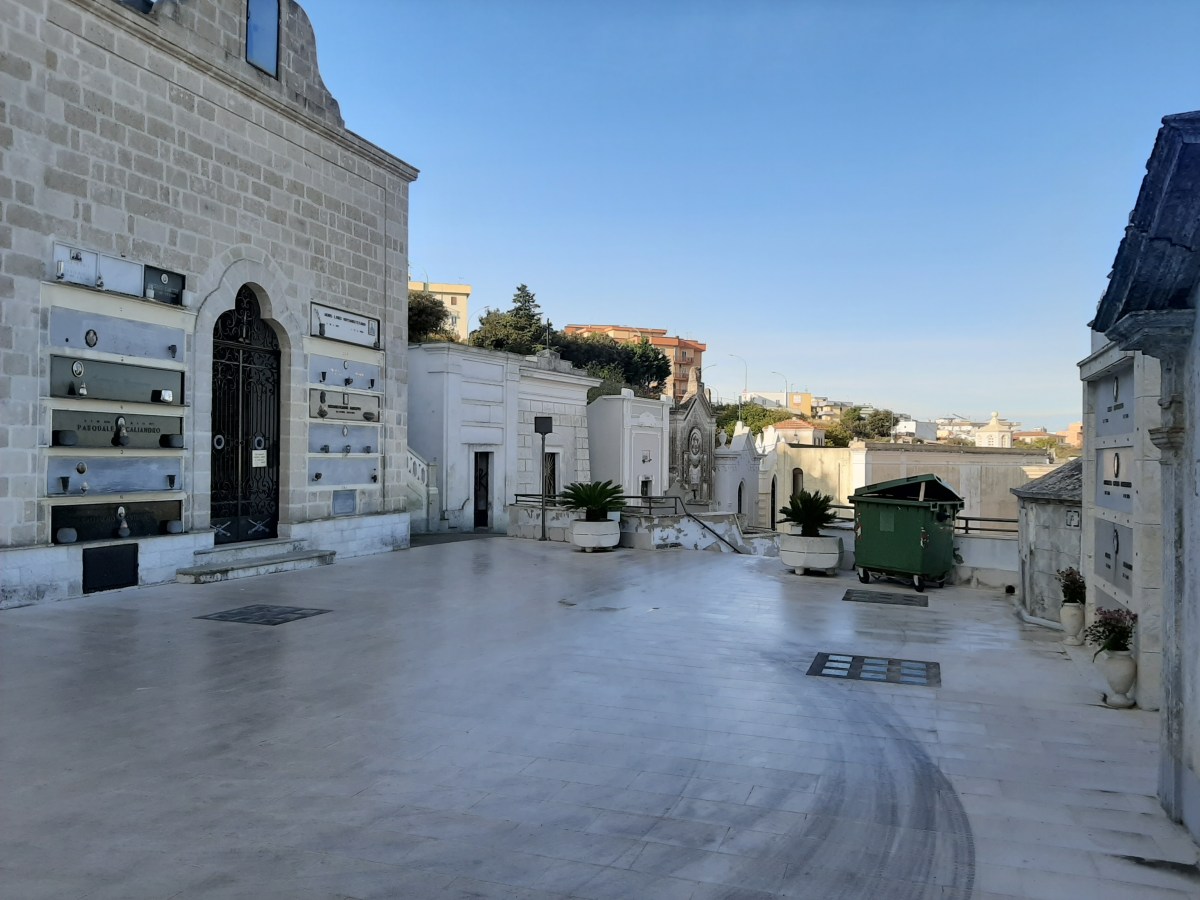 Where we live presently in the region of the Marches, locals prepare a type of biscotti known as Fave dei Morti (Fava beans of the Dead). Made of almonds and hazelnuts, the only thing it has to do with the legume is its shape. Others say it dates back to Roman times when fava beans symbolized the souls of the dead.

A charming tradition I’ve always admired is how Italians send well-wishes to people on their onomastico, or namesake day. For example, on October 4, anyone named Francesco (Francis) can expect to receive phone calls and texts wishing him Auguri (best wishes). Women named Francesca, the feminine form of Francis, can expect the same. November 1 is the day everybody gets such a call.

All Souls’ Day is known formally as ilGiorno dei Morti (the Day of the Dead), shortened frequently to simply i Morti. On this day, Italians visit cemeteries where they spend time with their loved ones. Though All Souls is more somber than All Saints, the colorful, bright, and cheerful chrysanthemum is the flower of choice left at Italian gravesites.

On this occasion we visit the cemetery of my wife’s hometown to pay our respects to her mother and father. Above the entrance, just below the cross, is the word, RESURRECTURIS. Meaning, “To those who shall rise again,” it reminds us of our hope. Despite traditions and customs that come and go – as well as even human memories of the deceased – God will never forget the soul of every person soul he created.

This is the message of the Feasts of All Saints and All Souls: that the bodies of those who have died in Christ are sleeping, waiting to rise again, and we shall see them again.