When the plague hit Malta, the Knights made a promise: A Marian miracle followed

Martin Dimech on behalf of the Malta Tourism Authority

When it seemed that nothing could stop the plague, the Maltese turned to the Immaculate Conception. This story is the second part of the series "Malta Under the gaze of Mary."

The Church of Sarria, dedicated to the Immaculate Conception, is located behind the Floriana Parish Church of Saint Publius.  The original church was named in honour of the Knight from Navarra, Spain, who commissioned the building in 1565, namely Fra Martin de Sarria. But how did today’s church come to be? Actually, its origin was an epidemic: the deadly plague Malta experienced in 1675, which took a heavy toll of the population with around 6,700 dead – a fifth of the population at the time.

Read more:
Malta, under the gaze of Mary

When it seemed that nothing could stop the plague, the Grand Master and the Knights of St. John – The Knights of Malta — prayed heartily for deliverance. Grand Master Nicola Cotoner, who was a devotee of the Immaculate Conception, together with the members of his Privy Council, made a solemn promise that if Malta is delivered from this scourge, a church dedicated to the Immaculate Conception would be built on the outskirts of Valletta. It was declared too, that on December 8, the day of the Immaculate Conception, all members of the Order must promise that they will confess and receive Holy Communion. This promise seems rather odd, as the Order was a religious fraternity, but this may indicate that at that time the morals of the Order left much to be desired and that its members led a rather lax life style.

They also made a promise to hold a solemn procession, leaving from the Conventual Church of St. John the Baptist and proceed to the Sarria Church which had yet to be built.  This procession was to be held on December 8, feast of the Immaculate Conception, or on any day of the Octave; all this as a sign of gratitude, if Malta was speedily freed from this terrible epidemic.  It happened that after the pledge, the epidemic started to recede, until it was eradicated, and in 1677 the Order began to fulfill the promise made. So, the construction of another church commenced, in order to substitute the original small church which was built almost 100 years before (in February 1585): the church that stands today. Mattia Preti, the prodigious Calabrian artist, designed the church, while the actual construction was done under the supervision of Lorenzo Gafa. Indeed, this church is truly unique, as it is the only one designed by Mattia Preti! And this is not all, because the interior of the church is an out-and-out showcase of Preti’s works, including the titular painting of the Immaculate Conception triumphing over evil and the plague, and paintings of patron saints of plagues and pestilence, which can be seen below.

However, the construction of the church and the procession were not enough. From that year (1677), on December 8, the Morning Solemn Prayers were sung in the Conventual Church of St. John, and right after these prayers the Conventual Chaplains of Italian Language celebrated Mass in their chapel dedicated to St. Catherine. After Mass, the image of Our Lady of Caraffa, venerated in this chapel, was taken in a procession to the main altar of the Conventual Church. This was immediately followed by the Pontifical Mass, attended by the Grand Master and all of the Order’s hierarchy. Subsequently, a sermon on Mary’s Immaculate Conception was delivered by the best eloquent preachers. Then, from noon, a grand mota with the bells of St. John’s started, and continued through the afternoon functions, as a reminder of the fulfillment of the pledge. This procession, together with the related functions, continued even after the French expelled the Order from Malta.

All these events also show that the devotion of the Maltese and the Knights to the Immaculate Conception largely predate the respective Dogma of Faith. Although the dogma on the Immaculate Conception of Our Lady was promulgated in 1854 by Pope Pius IX, the devotion to Our Lady under this title originates from early Byzantine times. Indeed, the works of the early Fathers of the Church clearly show that it was widely understood and accepted, as from the beginning of Christianity, that Maryam of Nazareth – the Theotokos — was immaculately conceived. For instance, in his Gospel, St. Luke says that the angel proclaimed, “Hail Mary, full of grace.” Also, in his impassioned statement, St. Ephrem (c. 306-373) pronounced the Mother of God as: “Full of grace . . . all pure, all immaculate, wholly without sin, wholly without stain, wholly without reproach . . . virgin in soul, in body, in spirit.”, and St. Gregory Nazianzus (c. 329 – 390) called Mary Prokatharthesia, which means “purified before.” 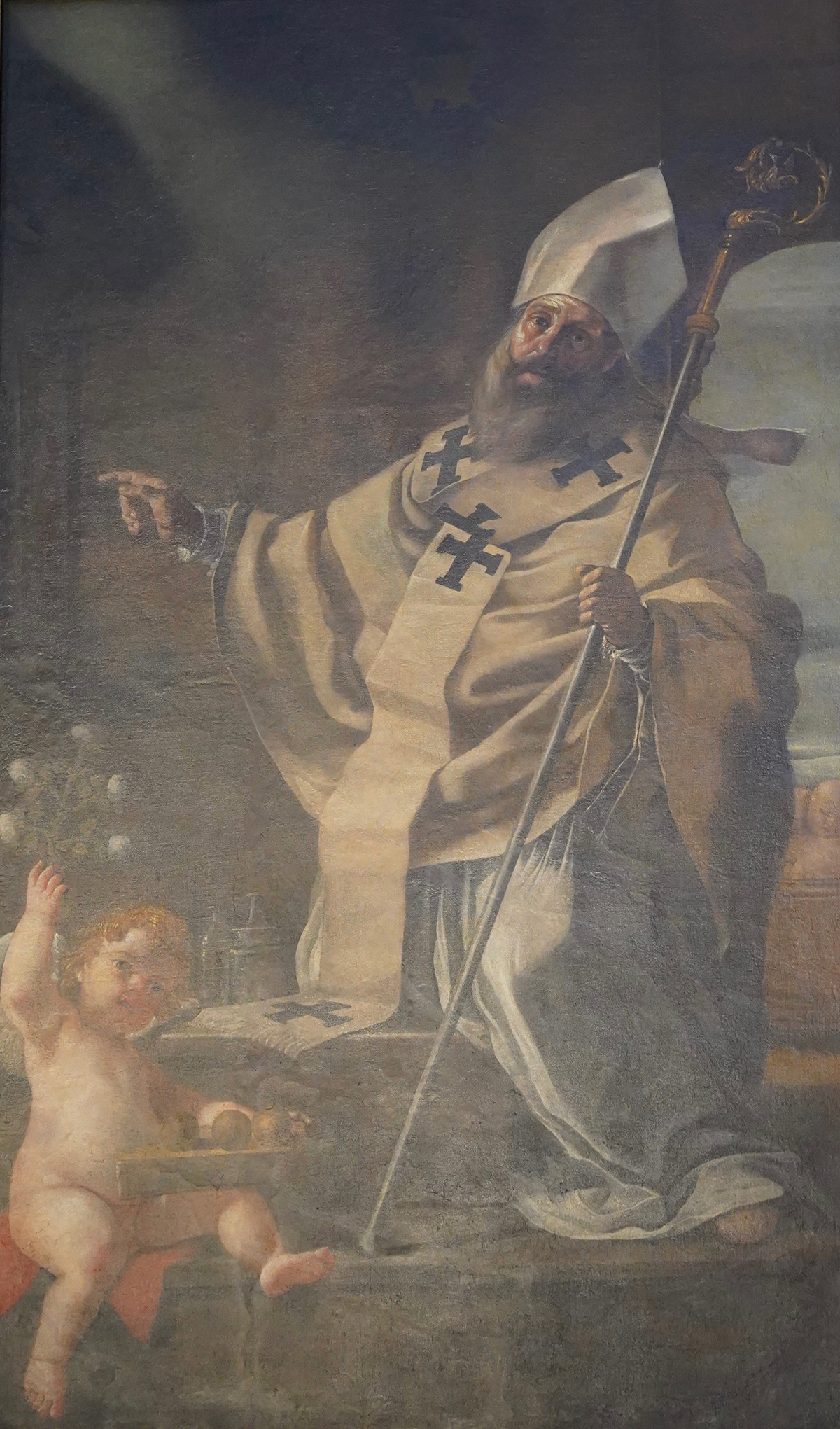